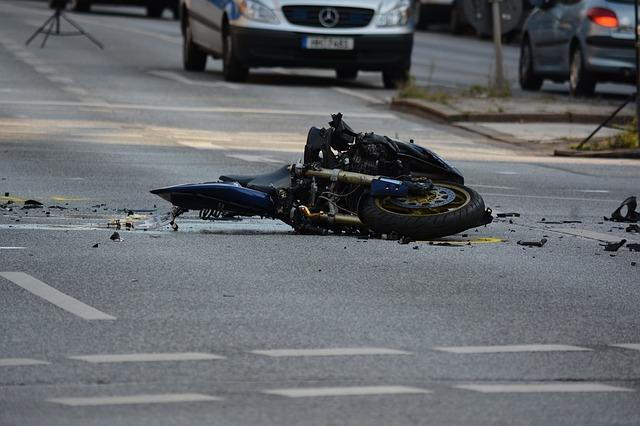 Motorcyclists understand that their vehicles are more dangerous than many others on the road. However, many motorcycle crashes occur because of other drivers and not because of the motorcyclist's own actions. Even when a motorcyclist is cautious, they are at the mercy of other drivers. These road users face a risk of dying in a crash that far exceeds that of individuals in passenger cars.

If you were in a collision while riding a motorcycle, and the other driver caused that accident, you might be able to recover compensation. If you lost a loved one in a motorcycle crash, you could also be able to collect damages. If you have questions about your possible claim, contact the experienced personal injury attorneys at Loshak Leach LLP at 954-334-1122.

In Florida, if you are injured in a motorcycle crash and wish to hold the other driver liable, you will have to prove that the other individual behaved negligently. Negligent drivers are those who fail to behave like a reasonably prudent motorist. Some examples of driver negligence include speeding, texting while driving, driving while drunk, or failing to stop at a stop sign.

Motorcyclists often face risks because other drivers overlook them. Just because a motorcycle is smaller than other vehicles on the road does not mean that drivers can ignore these individuals. A motorcyclist has equal rights to use the road as any four-wheeled vehicle. Unfortunately, drivers who are0 attempting to turn left for changing lanes frequently fail to see two-wheeled vehicles. Although the driver may cause the crash, the motorcyclist will face the worst of the consequences.

Florida law is more forgiving than most states that practice comparative negligence, but that prevents recovery when the victim is 50 percent or more at fault for their injuries. Other states practice pure contributory negligence in which a victim who shares any fault for their injury will not be able to recover anything from a driver who is more at fault. The different state laws result in vastly different outcomes.

If you were 60 percent liable for your own injuries in Florida, you could recover 40 percent of your damages. In a case worth $100,000, you would recover 40,000 dollars. In most other states, you would not recover anything from the other driver in this scenario.

In Florida, motorcyclists must wear the helmet if they are under 21 years old. If you were involved in an accident and failed to wear a motorcycle helmet, the other driver may claim that your injuries are your fault for not wearing that helmet. Your failure to use a helmet can work against you when it comes to comparative negligence cases. However, it will not prevent you from recovering damages from the other driver if they are at fault.

If you are in a motorcycle wreck and suffer a broken arm, the fact that you were or were not wearing a helmet might be irrelevant. If you did not wear a helmet but did not suffer a head or face injury, your lack of a helmet was not a factor that caused or worsened your injuries.

Personal injury cases will lead to damages for economic losses and your emotional and physical pain and suffering. Economic losses are those related to medical bills, lost work, lost earning capacity, as well as your future lost income and medical expenses.

If the driver caused her injuries behaved in a particularly wrongful way, such as if they were drunk or drag racing at the time of the crash, you might also recover punitive damages. Punitive damages barely apply and do not address the injured person's harm but rather penalize the defendant for particularly egregious acts.

If your family member died from injuries they suffered in a motorcycle crash, you should consider filing a wrongful death lawsuit. Wrongful death claims seek damages for the loss of a loved one, including for the loss of guidance, companionship, and support, as well as for funeral costs. The victim's estate can recover other damages as well, including for that individual's income and benefits.

It is essential to consult an attorney soon after an accident. Florida's statute of limitations only allows you four years to file a claim. Once that period passes, the court will not permit the claim to move forward. An attorney will need time to build a claim, and reaching out sooner will help ensure that they have an opportunity to build the case.

In wrongful death claims, the statute is shorter. You cannot file your lawsuit more than two years from the date that the victim died.

If you suffered harm in a motorcycle crash or lost a loved one in a collision, contact Loshak Leach LLP. Our lawyers are ready to advocate for you and fight for the compensation that you deserve. We represent clients throughout South Florida, including Palm Beach, Broward, and Miami-Dade. Call us today at 954-334-1122.

See our profile at Lawyers.com or Martindale.com